THE HISTORY OF DUNDAS JAFINE

A brief timeline of some of our major milestones 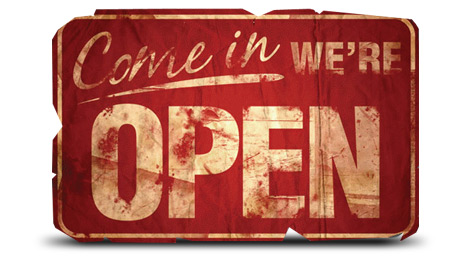 Founder Carl Jafine established West End Feed Company as a feed & seed retail store on Dundas Street in Toronto, Ontario, Canada. The name was later changed to Dundas Jafine, Inc. Behind the storefront was a 2 storey warehouse that was used for the wholesale distribution of feed, hay and straw used by horses delivering milk and bread directly to homes. 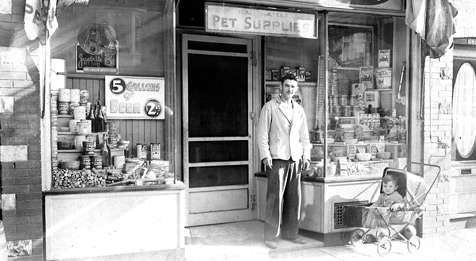 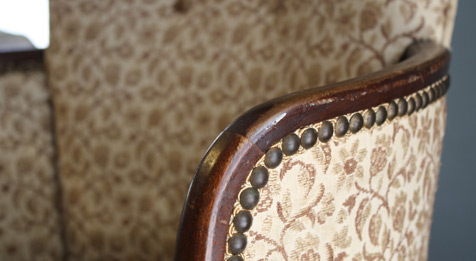 Flax tow was now being sold to the furniture upholstery industry to be used as furniture cushion stuffing. That business grew from stuffing, to a complete line of other upholstery supplies.

In the early 1960s when forced air furnace filters were becoming more popular, Dundas Jafine began distributing Permanent Air Filters in 5 different sizes. Canadian Tire was the first major customer to take on this product line from Dundas Jafine. Shortly after the introduction of the filter line, Pipe Wrap Insulation was launched as the second product in the HVAC line-up.

The second generation of Jafines, brothers Bernie Jafine and Murray Jafine, purchased the company from their father Carl Jafine and moved the growing wholesale side of the business to a new warehouse location on Ryding Avenue in Toronto, Ontario. With this new larger space, Dundas Jafine added cat litter and wild bird seed to it’s ever expanding line-up of pet products and began supplying these items to many large grocery chains in the metropolitan Toronto area. The retail location remained on Dundas Street with Carl Jafine continuing to manage it. 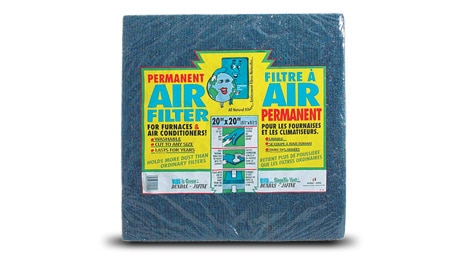 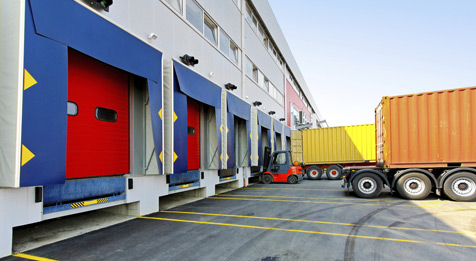 The Canadian customer base continued to grow and in 1965 the company moved to a much larger location in North York, Ontario. Eventually the company once again outgrew that space and in 1975 moved to a different location on Steeles Avenue. In addition to the much needed, larger space, this Steeles Avenue location also boasted more truck level loading docks for ease of shipping and receiving.

As product distribution crossed the border, a U.S. manufacturing and distribution facility was established in Indianapolis, Indiana to service the U.S. customer base.

In the early 1980s an affiliate company was started that supplied Dundas Jafine, as well as other companies, with plastic molded components. Due to this, Dundas was able to expand their HVAC product offering to include plastic caps, as well as vinyl duct.

The distribution of metal products such as elbows and snap lock pipe as well as foil and aluminum ducts, further expanded the current HVAC line.

David Jafine, the third generation of Jafines to join this family business, began working full time at Dundas Jafine. Later, David and his uncle Paul Jafine would go on to become owners of the current business. 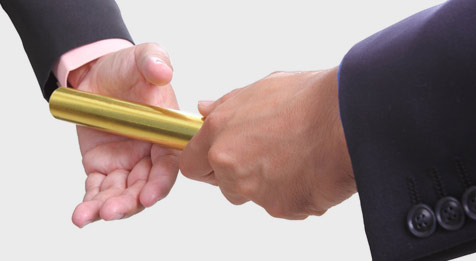 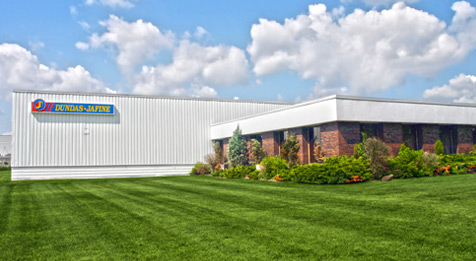 In 1988 the Canadian distribution and manufacturing facility was moved once again and the headquarters was finally established in its now current and much larger location on West Drive in Brampton, Ontario.

As the U.S. business continued to grow, the manufacturing and distribution facility was relocated to Buffalo, NY. and then saw the final move to its current location in Alden, NY. After a few years of being at this location an expansion was added and the building was doubled in size to accommodate the growing demands of the U.S. customer base

Manufacturing of flexible insulated duct commenced in the early 90s. The product was distributed throughout North America. 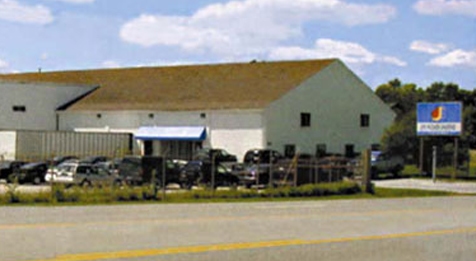 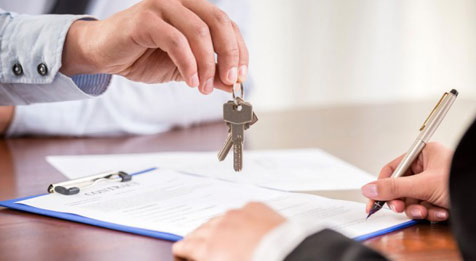 Paul Jafine and David Jafine purchased the company from the estate of Paul's brother, Bernie Jafine and David's father, Murray Jafine. Later, Paul would go on to manage the company's finance department while David would look after manufacturing, purchasing, sales, marketing and supply chain management.

Dundas Jafine further expanded it's reach by purchasing the dryer venting division of Cole Sewell, a manufacturer of doors based out of the United States. The purchase included both manufacturing equipment and their current customer base 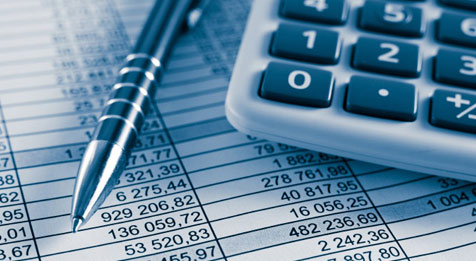 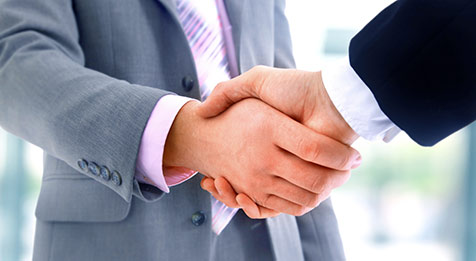 In 1995 Dundas Jafine continued to grow once again by purchasing the dryer venting division of Oatey, a commercial and residential plumbing company. This purchase increased our ability to manufacturer with the addition of new equipment as well as an increased customer base. 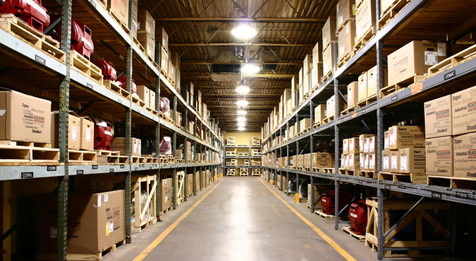 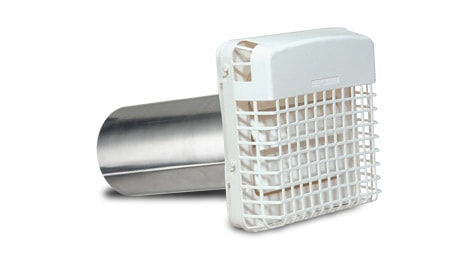 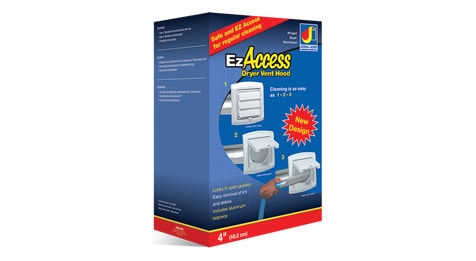 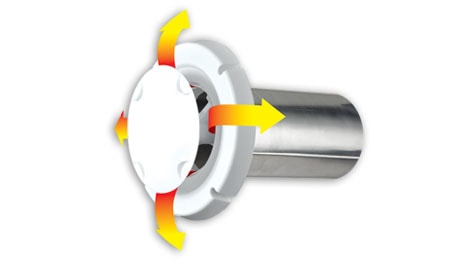 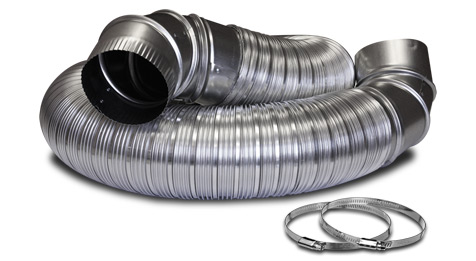 2011 also saw the launch of the EzFix Replacement Cap & Gasket Kit - an easy solution for hard to replace exhaust caps. 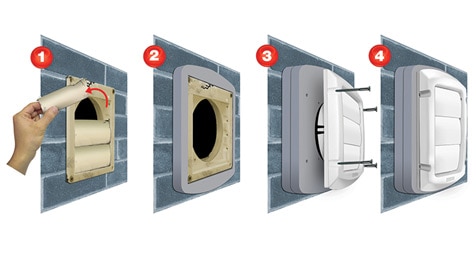 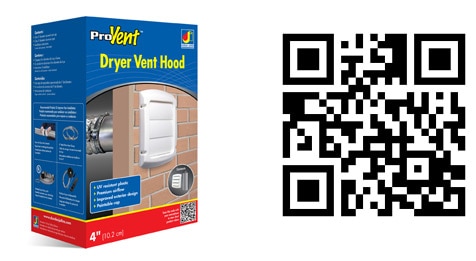 2012 saw the launch of new retail packaging. Installation style photography and the introduction of QR codes were incorporated onto all packaging. 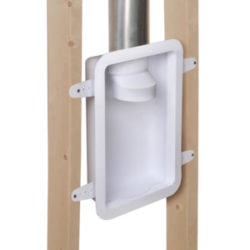 The EzConnect Dryer Duct to Wall Connector was introduced to the market, providing a secure and stable connection of the dryer to the wall.

The Soffit Dryer Vent made its debut in 2015, allowing for the dryer to be exhausted through the soffit panel, instead of traditional wall venting. 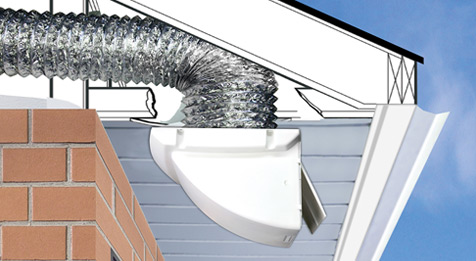 2015 also saw the welcome addition of a 4th generation of Jafines to the Dundas Jafine family, helping play an active role in the growth and development of current and future business 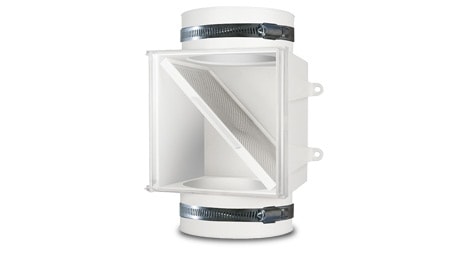 The ProClean Dryer Duct Lint Trap was launched to act as a secondary lint trap for electric clothes dryers.

Launch of the Round To Oval Dryer Duct Adapter to easily attach in-wall ducts to round dryer ducts when using recessed dryer vent boxes. 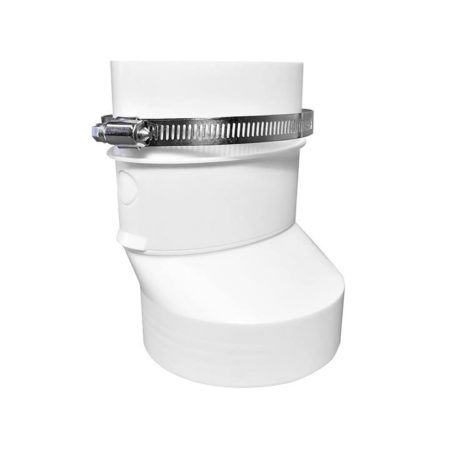 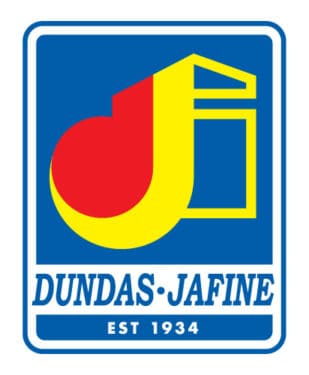 Unveiling the refreshed Dundas Jafine logo. The modern logo has rounded edges and features "1934" as our year of establishment.

We are proud to be North America's Air Distribution Specialists since 1934.

David Jafine purchases the company from Paul Jafine and becomes sole owner of Dundas Jafine, overseeing all departments and all aspects of the business 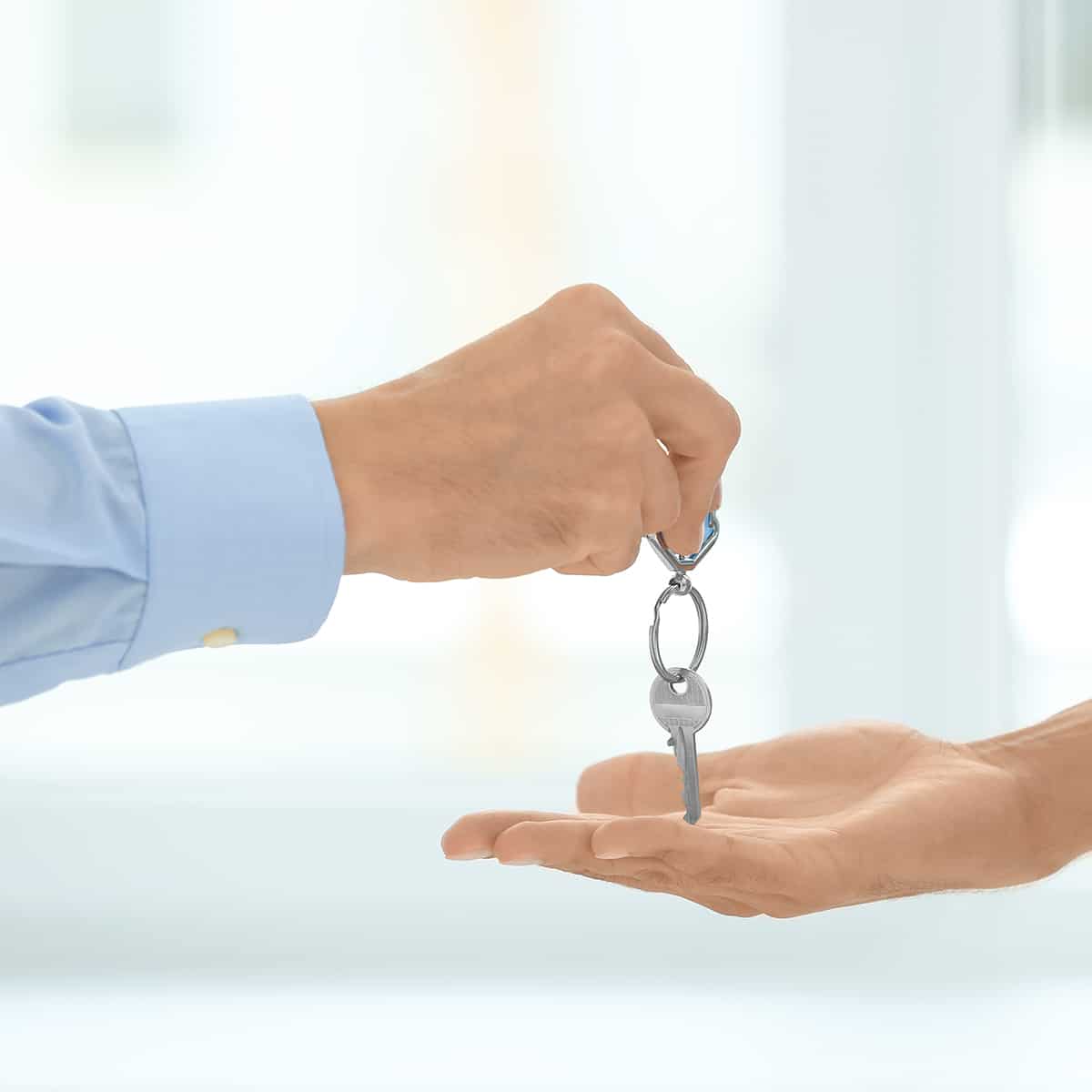 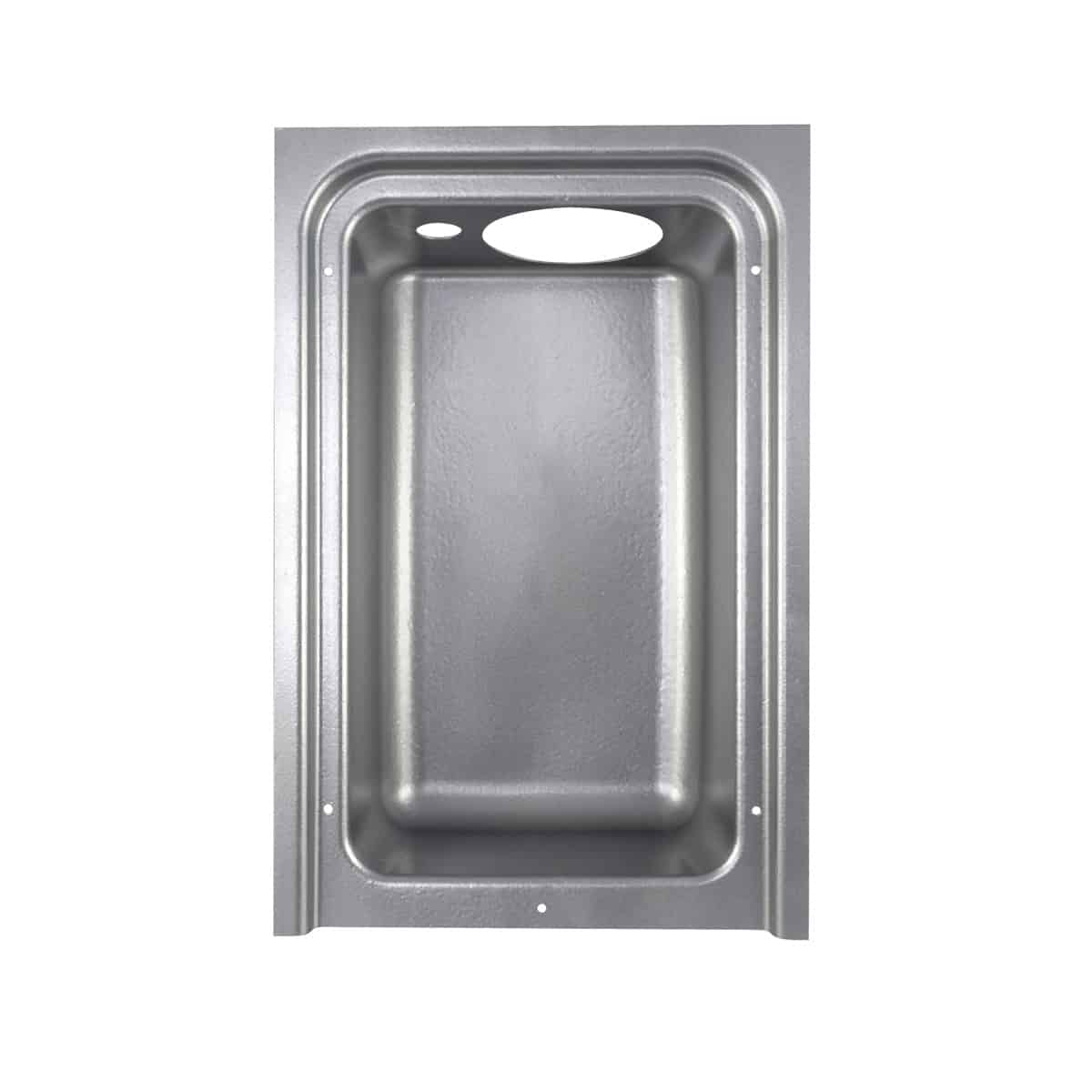 The Metal Recessed Dryer Vent Box is launched as a heavy duty, space saving solution for laundry rooms and dryer hook ups. This product has also found its way into new home builds throughout North America.

Learn what you can do to prevent dryer fires in your home with the help of our ProClean products. Tell Me More.